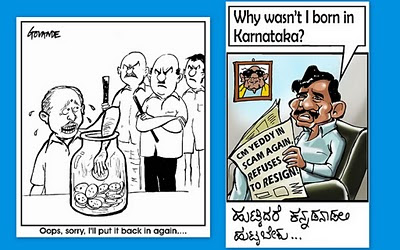 Say NO to Bribe 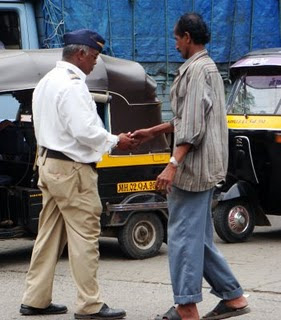 With country waking up to scams after scams on a daily basis, 11th Dec was marked as the anti-corruption day, a day to come together as citizens and as civil society and condemn corruption in this country. But there is a need to ask ourselves how much are we responsible?

I would like to narrate my story, being the child of the 70’s I grew up with idealistic values. The India I grew up in was just out of the wars, civil society was more patriotic, at schools and colleges we grew up hearing the stories of people who died for the country putting India first. The media revolution began with print and electronic becoming stronger than ever post- emergency. With the new right to vote @ 18 it unleashed more power and participation. It made me believe that we can make everyone in office that Indian voted for more accountable.

My 1st encounter with bribe was when I went for the vehicle driving test, it was a norm to go through an agent and anyone who applied directly was failed in the 1st attempt. Many who failed decided to opt for an agent just to avoid failing the test again. My 1st refusal to pay bribe stared there, I told the officer who was conducting the test that even if he fails me 10 times I will not pay him bribe through the agent, and I took up the test again and the same officer had no choice but to ok my DL.

When I bought a site and decided to construct a house, everyone who knew me warned about the corruption. They told me to close my eyes and hear nothing and let someone else manage the pay-out to various authorities.

We build a house in exactly 12 months; I have record of every single penny we spent on the house, neither the BDA or the BWSSB or the KEB or the BBMP asked me for extra money to pass my file. The only person who was scaring us out was either the Electrician or the Plumber who tried to make us believe that we need to pay.

I walked into every government office myself ever determined not to pay, the last in the house riddle was the Khata. With the application and relevant documents I walked-out of the revenue office at HSR BDA complex without paying a single penny.I had to follow-up 3-4 time for the same but never was asked a bribe, I followed the process and gave every letter every piece of paper I was asked.

I have learnt five things:
1. If you make yourself aware of the basic process no one will dare to ask you for a bribe
2. Right approach and follow the process
3. Government work takes time, have patience if you are on the right side of the law
4. It’s we who want short-cuts most of the time
5. If you are determined not to pay bribe you don’t have to.

Being in adventure travel, I get to meet government officials from forest department and some time police but, I never pay money for permission to trek in the forest other than what is stipulated as fee by the government.

It does not mean that I was not asked to pay a bribe; I wanted to register my company under the SSI, after submitting the application I was ask to pay some Rs 3000 as expenses. When I asked if I would get a receipt or details of the expenses in writing the relevant officer said no.

I refused to pay, I am yet to get the registration certificate but I would no way pay to get it. I am no big crusader, I always believed in walking the talk, and never deterred from standing up to what my conscious says. I believe that taking bribe is a crime but paying bribe is a SIN.

Without getting carried away by bigger scams, if we are able to say NO even for that Rs 100 bribe it will go a long way in cleaning up the system.