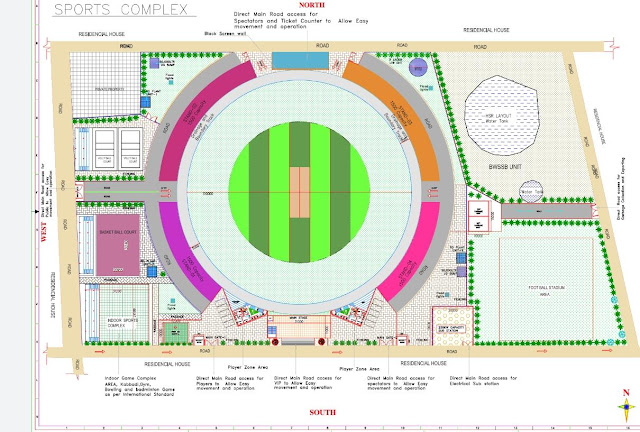 The Playground that is the area proposed for a Grand Stadium was saved from becoming Judges Layout after a long 5 years legal battle in the Courts against the Judges by the Residents of HSR Layout.

No Elected Representative was responsible for saving the 7.18 acres, it was the dedication and efforts of the Residents and RWAs that brought down the curtains on the Judges Layout for which foundation too was laid.

Firstly, Residents and RWAs, all wanted some basic development and maintenance of the Ground and to be left as largely an open Playground, which even Courts had suggested.

Secondly, a Grand Project was not even discussed with the Residents or RWAs, and were kept in dark till it came to the notice 3 days prior to CM’s visit, which eventually got postponed.

DPR, Tender Documents, Costs, Work Order, Project Duration, Workflow, Estimates to the Work Flow, Final Design approval, Objective of the Project nothing was made available to the Public by BBMP and MLA’s Office.

Strangely if there is no full disclosure of Grand Project that is estimated to be Rs140crs with 20 years in the middle of HSR Layout it only raises more questions and doubts about the intent of the Project.

Even after RWAs meeting the MLA and JC Bommanahalli no document was released for scrutiny and understanding of the Project.

The design that was circulated clearly indicated a prominent Cricket Stadium with some spaces outside the Stadium for other Sports and also shows some semi-Commercial ventures.

Even though MLA and Officials claimed that the designed was changed there was no other documentation to satisfy the Residents about the new plan.

An emergency meeting was called by the HSR Federation to discuss about the Stadium Project and everyone who spoke at that meeting strongly opposed the Stadium and informed the Federation to communicate the same to the MLA and JC BBMP. It was also suggested that development of the Playground is long pending and an open space Playground should be retained with providing Basic facilities, Safety and Good maintenance. There were also suggestions to call a larger meeting including the Residents who are not part of the RWAs like the Apartments and Villages around.

Open Playground with the following:

This is all that can be done at best in a 7.18 acres Playground which already has a open Gym. The open Playground is best suited even for the locality and does not leads to more congestion or commercialization of the locality.

Post the 27th Aug meeting few members of the HSR Federation were asked by the MLA to meet him, where his staff seems to have made a slide show on the Project but no details or document copies were shared.

When I reached the meeting hall it was evident that there was a different plan. I asked the HSR Federation President if he has invited others who are not part of the Federation and Residents from the Apartments, for which he said no one other than the members of the RWAs and Federation Office Bearers would attend the meeting.

Suddenly the meeting hall was getting filled with people who were not even invited for the meeting and it was a clear indication that the meeting was not going to go well.

Generally, at the start of the meeting of HSR Federation Office Bearers who are conducting the meeting ask all the non-invitees or non-members to leave but that did not happen either. As the meeting started HSR Federation President made opening statement and gave additional inputs and tried to clarify some points as communicated by MLA and JC Bommanahalli.

Since I am from Sector 1, I was given the opportunity to put across my point, as I started speaking and quoted a member form the previous meeting that even today there is a fee collected to play cricket in the ground a planned uproar started. Vested interests were jeering me and making uncharitable comments.

There was a situation created and somehow, I got a feeling that vested groups who were present there will not allow me to complete my points. Suddenly few arguments started by the sidelines and a member of 2nd Sector was almost pushed around. There was an emotionally charged atmosphere, and Police entered the meeting ground and all the noise makers calmed a bit.

I refused to budge and be cowed down by the people who wanted to silence me and did not allow to be provoked and refused to be instigated. I asked the HSR Federation President to share the DPR, Tender documents, Work Flow, Fund allocation etc. which is a standard process in any Government or BBMP Project process.

It was obvious that there were no documents and instead of Federation Office Bearers just noting the points each member was speaking they wanted to give rebuttal and the rest who were there uninvited people were creating noise and even as Police sat through the meeting.

I continued to speak and told the HSR President to make note of all the points of each speaker and not to respond and interrupt, like I had put across in the previous meeting I stood firm on my stand that Playground needs proper development and Stadium that is getting pushed without any documentation is not the answer. Playground like in many other localities is an open space that everyone needs and any plan to make it a Stadium would mean losing a locality Playground forever.

I gave the inputs on the finer points on how this will lead to not only commercialization but will also encourage non-Sports events. As a Sportsperson who represented State and University, I shared all the details on how Sports Associations affiliated to different Karnataka Sports Associations.

All those who spoke against the Stadium in the previous meeting had clearly changed their stand or were silent. The fear of being targeted by the vested interest groups had left all the RWA member shaken. Clapping, Jeering continued and many RWAs members felt that their voices were muscled down and were not able to express their voices freely, in a way many RWA members felt that it’s better to give up than fight for their rights.

Only Me, 6th Sector Office Bearer and Lalithamba who got to speak in favor of open Playground stood firm on our stand even when it was fully evident that the meeting was hijacked by the uninvited people and their objective was to create unrest and largely the RWA members realized that and kept their calm even when there were serious provocations.

The meeting ended without any concrete action points, and the uninvited people with vested interest ended up leaving a bad taste displaying rouge behavior that was really not needed. When the objective was to demand transparency and to discuss how to save the Playground with good minimum upgrade (which has always been the demand of the Resident) barging into an uninvited meeting and creating chaos put the entire meeting in extreme bad light.

Many of my friends who came to know about what happened in the meeting and how personal attacks verbally was made to silence some of us called me and expressed their displeasure on the entire episode and also expressed their solidarity with all those who have been trying their best to save the Playground for everyone.

Any large project needs full transparency as it’s the Public money that is involved and the voices of the Residents is critical. Projects like this without open discussion and planning will only add to the list of money being wasted on what people may not even use or want.

Hope this message reaches the office of Hon Chief Minister of Karnataka and the project is reassessed with full transparence and adherence to the guidelines and voices of the people. 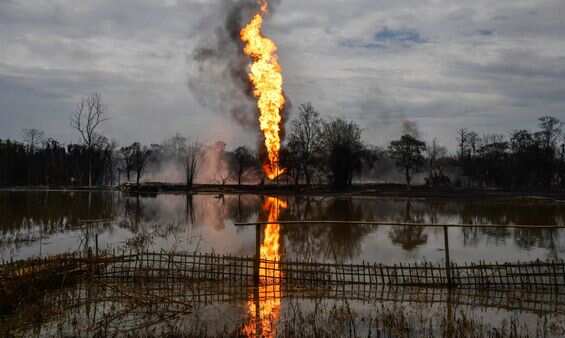 During a COVID19 crisis when People are focused on fighting the Pandemic and Rebuilding their Lives, the Insensitive Govt of India is misusing its powers to force an Anti-Environment and Anti-People Notification that will have a huge impact on the very Foundation of Environmental Protection.

Why do we oppose the Draft EIA 2020 in totality?

The Objective of the Environment Ministry is to be Pro-Environment and Pro-People but the Draft EIA 2020 reflects exactly the opposite, its more Anti-Environment, Anti-People and completely Pro-Industry, giving a free run to any Industry in the pretext of “Ease of doing Business”.

The Draft EIA 2020 negates Public Consultation for many projects and in other cases shortens the time with an agenda of speeding up the approval process. It mutes all the Voices of the Communities/Groups that could be impacted in the Infrastructure projects (Roads, Irrigation etc.)

The most serious threat to the Environment is the Post-Facto clearance proposed in the Draft EIA 2020 which indeed legitimizes an Industry even without approvals. Also, reduction in the Monitoring process, longer Compliance time and longer time to correct Violation is the final nail to the coffin of Environment Protection.

Draft EIA 2020 is not only Regressive but stands against the Fundamentals of the Environment Laws and Conservation Protocols, and basically ends the critical role of National Green Tribunal that was set up on 18.10.2010 under the National Green Tribunal Act 2010 for an Effective and Expeditious disposal of cases relating to Environmental Protection and Conservation of Forests and other Natural Resources.