All eyes were on Venkatesan, he was under tremendous pressure. At the Friday evening party, Denzil, after a couple of drinks took a shot on Venkatesan and challenged to run past him at the Sunday race. The fun committee was having all the fun in putting one against the other and speculating the challengers and the winners all week long, which I realized was only to add more entries, so much for what they have learnt from the media.

Leaving all the lazy bums, we had 80+ of the TL’ers dressed in bright excel white….not excel sheet…I meant Surf excel..TL T-shirts on time at the Ulsoor Lake.

Prajwala was running around with Red & Blue ribbons and calling out the runners list, the Blue ribbons for the 1 lap i.e 3 km + runners and the Red for 2 laps i.e 6 km+ runners. Some of them gave this surprised look when I sported the Red ribbon, must be wondering if I still have any energy left after all the screaming I do at office.

Hari, after the on-mark call went off to sleep….zzzzzzzzz… till some one woke him up asking him to blow the whistle. Prrrrrrrrrrrrrrr..there goes the stampede, Satish dressed in RED tracks started off as if there was no tomorrow; his strategy was that since he was anyways not going to be first at the end of the race he might as well start first!! Good going Satish. Then we had Bharath, who had prepared for the race for over 2 weeks, was running with Venkatsen. Ashok for some reason decided to ditch Mohit and me. But trust Mohit on his assessment; he convinced me that we should not run with Ashok as he would drop-out in-between and we will be drained out at that speed.

Even before the race began, Manjunath put on the fun committee badge and decided to be a volunteer. As the run was also to raise funds for the Rakum school for the blind, we had every one contributing their bit...so it was FUN run and for a CAUSE.

Denzil started to walk as we reached the MEG gate, which would be 100 mts from the start, wow!!!! he was conserving energy to do the final dash…. or maybe looking around for a Temp job to make some quick bucks for paying off all his bets on the race.

Neeti turned pink after a few yards but decided her color is red and continued to run; Sangeeta was already in all pink, looked too happy……for once no one asked her about some pending client mail.

After the 1st lap we had more volunteers than runners, Suman, Moses all driving across the lake forcing the runners to drink water.

Karthik who makes people reach airport 2 hours early…made a late entry…he joined us when we started the 2nd lap; we had Shabana who smartly took an auto to reach soon and Swetha was asking for directions at the Gurudwara.

Denzil made “the grand” entry, when all we could think was breakfast we had to wait till the last one touched the finish line…and there comes Denzil huffing and puffing for dear life...

Abhinav had the privilege of clocking each one of us and seemed thrilled doing so, then we had a whole lot of the cheer leaders (not the IPL types)….

It was time to announce the winner, Bharath Nair’s (grand old man of TeamLease) happiness was too short lived, when he realized that Vijay won the race in 24 minutes, clocking 10 minutes less than what he clocked after sneakily running past Venkatesan.

Rahul, Kannan & Salil surprised most of us and themselves J taking the winning spots 1…2….3…..respectively in the 1 lap race, Rahul was seen practicing for the race all week long running around Fun World….. then we had Vijay, Bharath & Venkatesan taking the 1…2….3…..spots respectively in the 2 lap race. Its prize time now, we had the fun committee that has fixed the spots which would get prizes so we had 1, 5, 10, 15……getting the prizes, Mohit got lucky with his 5th spot prize, Ashok made faces as he did not get a prize even after beating Mohit….

Finally we had all “South Indian” breakfast at Shanti Sagar and left in ‘good shape’.

It’s all for FUN…so……..cheers to our fun committee and thanks to Mohit who came up with the brilliant run idea…. 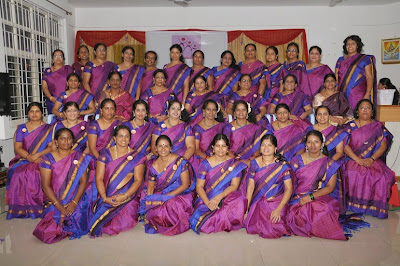 Provide assistance to women & children especially from poor and underprivileged sections. Foster Educational, Economical, Environmental and Social well being in the society. 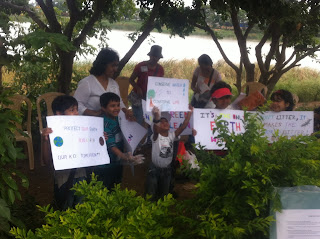