How Sustainable for Her?

When it’s about Menstrual Hygiene off late there have been different arguments by different groups related to Environment and the impact of unscientific disposal of Sanitary Napkins on Environment. Yes, being aware of the Environmental impact of everything we are doing as a civilization is not only critical to our Environment but it’s critical for the future of Planet Earth.

Given the multi-dimensional challenges creating mass Awareness about Menstrual Hygiene has to be the top priority, it cannot be an event or announcement but a project where the impact or outcome can be measured continuously.

Even when many women/girls still use Cloth without choice or access to preferred options Environmental Activists claim use of Cloth as an Eco-friendly option there by ignoring the glaring fact that it’s not only unhygienic, uncomfortable but curbs the freedom of women/girls every month forcing them to wash the Cloth to re-use without assessing if there is adequate clean water or toilets to do so. If one who has the luxury of time, water, space and chooses to use re-usable Cloth Napkin that should be fully encouraged but forcing upon option that may be impractically must be avoided in the interest of women/girl health.

Menstrual Cups are promoted as an Eco-friendly alternative but this also has serious limitations. In a country that is obsessed by ‘virginity’ young unmarried women may not be keen either and Tampons itself has less takers for the very same reason. Also, Menstrual Cups are completely an upscale market option not by cost but by process. Anyone using Menstrual Cups has to have access to clean toilets with clean running water and the ability to deal with a cup of their own blood too.

8 out of 10 women/girls suffer for some kind of discomfort, stomach or body ache during their menstrual cycle, they work few times harder than their male counterparts in every field and a monthly biological process should not add on to already existing discrimination. Hence, choice of using Sanitary Napkin, Cloth Napkin, Tampons, Menstrual Cups should be left to the women/girls based on their Comfort & Sustainability, and blaming women/girls for their choice should not be a choice for others.

Forcing Environment responsibility without considering health aspect of women/girls is definitely nothing less than Gender Bias. Also burden of being Eco-friendly cannot be sole responsibility of women/girls because of their biological make, its high time companies that are making Sanitary Napkins or Tampons develop Eco-friendly and Biodegradable products. Governments across the country has to take up massive Menstrual Hygiene Awareness programs and work towards an effective treatment for Sanitary Waste. 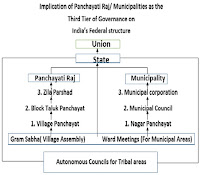 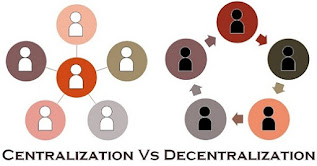 1992, it’s been over 28 years since the 73rd & 74th Constitutional Amendments were made to empower every Village/Local body and strengthen Democracy from Panchyat to Parliament, and the Promised Land is still elusive.
Government of Karnataka hurriedly passed the New BBMP Act which many experts red flagged as a missed opportunity, what could have been a Landmark Act ended up as a copy & paste of KMC Act with fewer changes. Bruhat Bengaluru Mahanagara Palike (BBMP) term ended in September 2020, even though the new delimitation and reservations was ready for 198 Wards and the Honorable High Court asked the Government of Karnataka to conduct BBMP Elections, the Government of Karnataka used its Legislative powers to pass the New BBMP Bill without debate and deliberation forcing a further delay in conducting the BBMP Elections.
Even as Government of Karnataka misused its Legislative powers to delay the BBMP Elections what it is not saying or seeing is the Legal Mess it has put the BBMP into. As per the New BBMP Act all the Grama Panchayats (GP) that are in some of the Constituencies of Bengaluru will become part of the Greater Bengaluru Mahanagara Palike (GBMP), which means these Grama Panchayats will be part of the 243 Wards of the GBMP.
But the real twist is in the recently held Grama Panchyat Elections and the upcoming Taluk Panchyat (TP) and Zilla Parshad (ZP) Elections, if Karnataka Government had the right intentions it should have stopped the Grama Panchyat Elections in the Constituencies that are slated to comes under the GBMP.

So, by allowing the Grama Panchyat Elections a Legal Mess is in the making, as and when Government of Karnataka is ready with the 243 Wards it cannot force out the already Elected Grama Panchyat Members, TP and ZP Members and hold Elections to the newly formed 243 Wards.

Serious questions indeed arise, was Government of Karnataka not aware of Legal situation at all, or was it all a deliberate plan to stall the BBMP Election further? What ever may be the City of Bengaluru is going to suffer, without a fully Elected Council and State Government is running BBMP through an Administrator with Zonal Joint Commissioners and Ward Nodal Officers who are literally Powerless.
It’s time that Honorable High Court of Karnataka to step in and pulls up Government of Karnataka for this treason, and order the Government of Karnataka to hold the elections in 198 Wards at the earliest. Government of Karnataka should also set the process rolling for the delimitation to form the 243 Wards at the end of 3 years so that as the term of BBMP and GP/TP/ZP ends in 2025/2026 the New BBMP Act can be fully adopted and implemented.
74th Constitutional Amendments was for devolution of Power and to make Urban Local Bodies (ULBs) like BBMP more independent and promote Local Governance, far from promoting Local Governance the ULBs are just paper Tigers with the remote control in the hands of Legislators and State Government.
Unless the Constitutionally promised power, de-centralization is not made a reality the Gandhian Vision of strengthening grassroot Democracy and self-rule will remain in the Acts and not in Deeds.
- Kavitha Reddy, www.KavithaReddy.in
Activist, AICC Member & KPCC Spokesperson
(views expressed are personal)
Published in Residents Watch
Newer Posts Older Posts Home
Subscribe to: Posts (Atom)