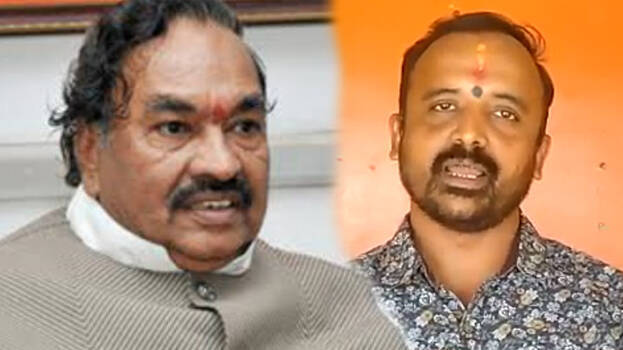 The suicide of a young contractor Santosh Patil due to nonpayment of bills by K S Eshwarappa Ministry demanding commission on a verbally approved works is a classic case of institutionalized corruption, and of lack of transparency in not only procurement process but also in the administration, and this has not happened for the first time but the long kept dirty secret stands exposed finally.

To ensure transparency, accountability, grievance redressal and to regulate public procurement United Progressive Alliance (UPA) Government had brought in the Public Procurement Bill in Lok Sabha in 2012, the Bill lapsed eventually. National Democratic Alliance (NDA) Government introduced the revamped and improvised the provisions in the Bill and introduced it in 2015, but sadly the Bill has not been a reality till date.

Tamil Nadu, Karnataka, Rajasthan, Andhra Pradesh and Assam are the only States which to some extent have regulated public procurement, but a weak grievance redress mechanisms in these State Acts raises several questions on efficacy.

NDA Government that came to power on the anti-corruption plank with an overwhelming majority in 2014, but its almost 8 years and there have been no efforts to stop the corruption that is infecting the administration faster than ever before. RTI the strongest tool to seek information and demand transparency in administration process has been weakened since 2014, millions of applications laying unprocessed as left the RTI in crossroads. Lokpal almost seems nonexistence and Lokayuktya in States like Karnataka are striped off the power and systematically destroyed.

The whataboutery on corruption and systematic dilution of the institutional powers is only helping the people involved in corruption to brazen it out without fear of Law, whereas people like Santosh Patil will continue to become victims of the system driven corruption.

Media is muted on several people related issue be it Unemployment, Price Rise, Violence, Disharmony, Corruption, the current dispensation both in Delhi and in Karnataka are yet again on polarization mode as the Assembly elections get closer.

Series of corruption charges during COVID 1st and 2nd wave are not even investigated, even with clear evidence on the infamous BBMP Bed Scam not a single arrest have been made nor there is any serious investigation. After Ramesh Jarkiholi who was forced to resign due to the CD episode, K S Eshwarappa reluctantly resigned after relentless protest by the opposition that forced the BJP high command in Delhi to do damage control. But the bigger question remain unanswered, will there be a free and fair investigation on the charges made by Santosh Patil and also will there be a larger probe on the 40% Commission allegation made by the Contractors Association of Karnataka against the State BJP Government.

Lokayukta in Karnataka was once the most feared institution by Politicians and Government Officials, but today most do not even know if the institution still exists, the Anti Corruption Bureau (ACB) that was established to gather information, intelligence and to investigate complaints from Public, Government and Lokayukta looks like a paper Tiger.

Without stringent Act, subverting and misuse of the system has made it easy for the fearless corrupt, there is no Political will to fix the loop holes and strengthen the system, even as technology is making several innovations the systems seem to be literally insulated from use of any technology interface that can bring more transparency and accountability.

Definitely corruption is making States like Karnataka extremely unpopular for investors and corporates, with polarization taking centerstage and corruption filled administration it’s only the ordinary people, youth who are suffering both the short and long term implications. 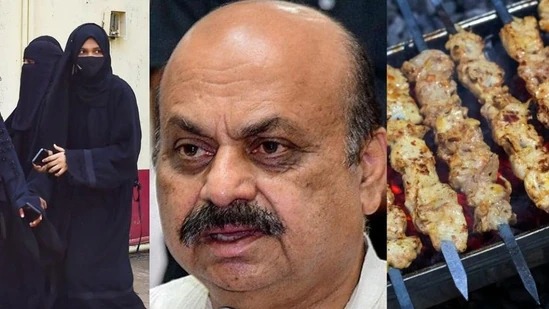 ‘Sarva Janangada Shantiya Thota’, Peaceful Garden of all Religions is how Karnataka is described by one of the greatest poet Kuvempu in a poem which was declared as State Song in 2004.

Karnataka’s tourism tagline, One State Many Worlds truly reflecting State’s unique Diversity from Bidar to Kodagu and Ballari to Karwar not only geographically but also socially, culturally and politically. Education Hub, State of PSUs and a Peaceful State is how Karnataka has always been known, Bengaluru the Capital City is a Global name for its IT Industry, ‘Bangalored’ is a word that was coined to describe Bengaluru as the Back Office of the World.

Pre-British and the British history of Karnataka not only reflects the peaceful co-existence of various religions but also has documented as highly Progressive and Liberal region. Politically Karnataka has been in the forefront leading agenda for the entire Nation on Development and Social Welfare. After thousands of years of co-existence of various communities today Karnataka is being challenged, Hijab to Halal to Azaan the aggressive Hindutva Politics that has made strong inroads in the coastal areas is shaking the belief of the State Song.

Karnataka is considered as a gateway to Hindutva Politics in South of India, even though BJP formed the Government more than once and gave maximum seats to BJP in the Lok Sabha elections the Secular fabric of the State has remained intact that has indeed stalled the Hindutva Politics reaching down South.

Declaring Harsha, a known criminal who was killed due to personal reasons as a martyr and linking every unfortunate incident to Hindu – Muslim conflict is hurting Brand Karnataka more than ever. IT Industry and MNCs that made Karnataka its prime center of operations always viewed Karnataka not only politically stable but as a pro-business State, but the raising communal narrative of Hindutva Politics is ringing alarm bells in the corporate world too. What is worrisome is that the communal hate is not limited to the Hindutva propaganda fringe groups, Ministers, Sr Leaders and Office Bearers of BJP are now speaking the language of the fringe blurring the lines between the fringe and mainstream statements.

Current BJP Government is one of the most corrupt and incompetent Government in the history of the State. Over 46000 children have not returned to school’s post COVID, malnutrition is the highest in comparison for the last 10 years, raising unemployment rate, environment degradation, crumbling infrastructure, price rise, Farmer distress, increasing violence, corruption, 40% commission allegations, poverty, subverting of the Constitution, passing of the laws/bills without debates and discussions are surely indicators of failing Administration. Yet the hate filled communal agenda of Hindutva Polities is propagated 24/7 through various media platforms over shadowing the real issues of common people of the State.

Extreme polarization has worked well for BJP, even at the peak of serious issues that hurt the common people and the youth of the Nation, the 80:20 slogan worked in favor of BJP in Uttar Pradesh. Karnataka will be going for Election in May 2023, there are elections in few other States in 2022 and BJP will ensure they will leave no polarization stone unturned even here.

Only hope is that peace loving people of Karnataka will not be fall for the Hate spreading project of Hindutva Politics.