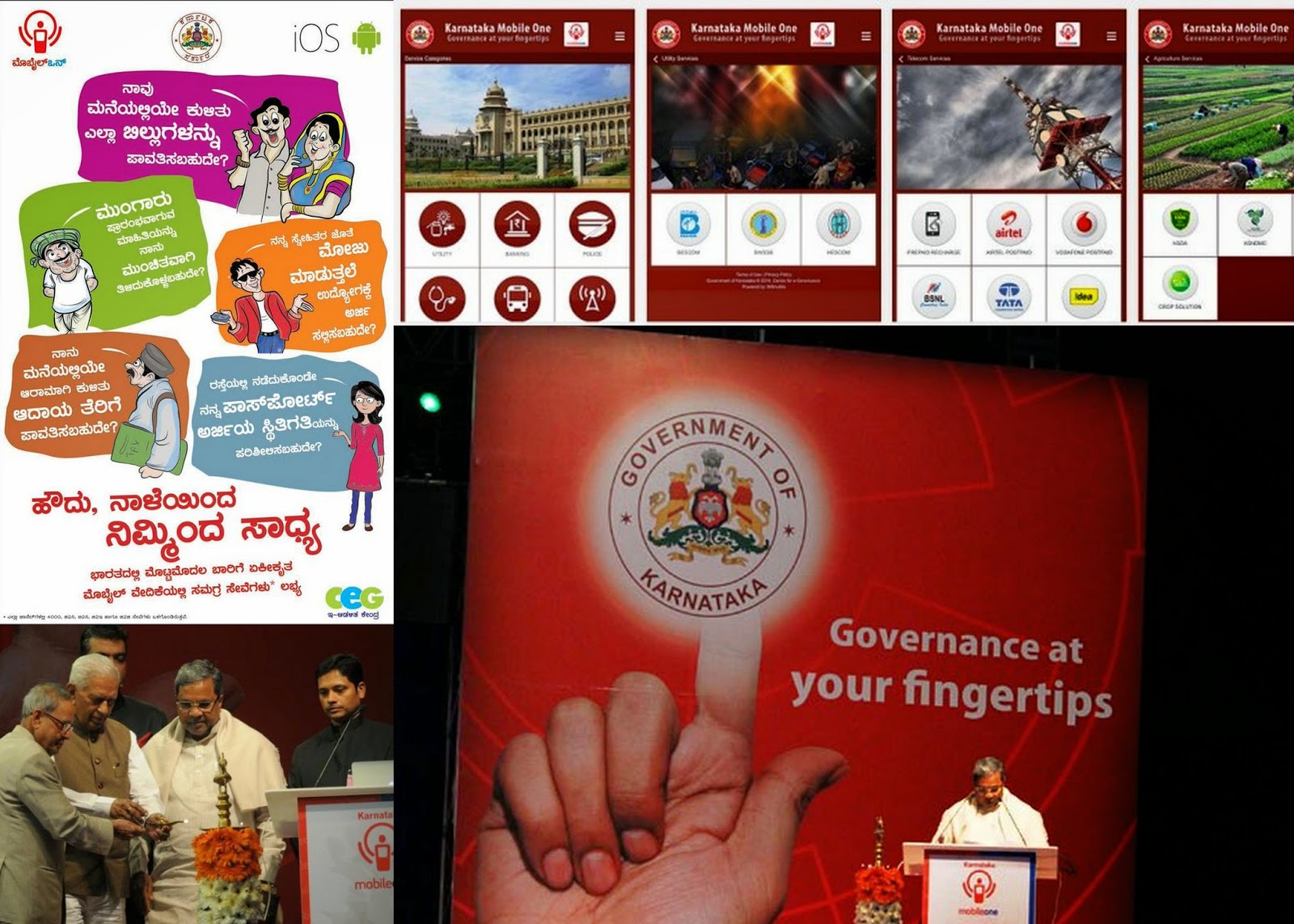 How can one forget BengaluruOne initiative that brought the payment of all utilities under one roof, with centers spread across the city operating from  8am to 8pm or the BWSSB and BESCOM automated bill payment machines.

BBMP launched the SAS, enabling assessment and payment of Property Tax online, thereby cutting the middle men, curbing corruption and saving the citizens from the hassle of standing in queues for hours.

KSRTC going online with its ticket booking was dubbed as the first of its kind in the country. BMTC online access to bus schedules or enabling the staff to apply for leaves via Kiosks, the state embraced technology seamlessly for all the right reasons.

Bengaluru police went a step further, made their presence felt in the social media and starting putting out information on Law & Order and Traffic on Facebook. With rising crime on children no less than the City Police Commissioner and his team took to twitter to interact with worried citizens, sharing information, making police truly accessible and people friendly. In which city in India will you find a Police Commissioner replying to your tweet and tagging the relevant officer?


After the arrest of an ISIS online supporter, the city went tizzy by the threats posted by some ISIS supporter calling for revenge. It was indeed very reassuring to see how the City police quickly addressed the citizens and put out a letter from Police Commissioner in social media and asking people to share it.

When a concerned citizen wrote this tweet to Police Commissioner “@sai_2008: @BlrCityPolice @CPBlr how we can believe that this letter is really from police commissioner because electronically anything is possible"

Police Commissioner quickly replied "@CPBlr: @sai_2008 @BlrCityPolice believe me. It's from me!!"

Government of Karnataka is using technology as an enabler and as a tool to reach out to its citizens across all medium/platfroms, and why not, when a large part of our population is connected on mobile phone network already.

‘Governance at your Fingertips’ under the name ‘MobileOne’ is a user friendly mobile application and 161 toll free number offering over 4000+ services ranging from Utility, Police, Telecom, Travel, Agriculture, Tax, Sakala, HRMS, Healthcare, Banking etc across the state. Citizens can download the application on their mobiles or dial 161 to access information, check service status, check nearest bus stop, raise complain or pay bill etc at their convenience.

Governance is about making the right policies and reaching it out to people, Government of Karnataka through its innovation and technology initiatives has show the way to the entire country time and again.

To showcase the Karnataka technology initiative, Karnataka tableau at this Republic Day in Delhi should indeed be the MobileOne and various MGovernance initiatives of Government of Karnataka. It’s time to say that Karnataka is inspired by its Capital city that provides IT & IT enabled services to the world.

Access to Services, Information and Processes will go a long way in taking Governance to people and ‘Governance at your Fingertips’ is indeed one big step in the right direction by Honorable Chief Minister Siddaramaiah and his Government.