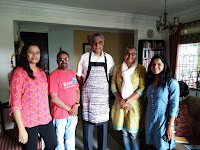 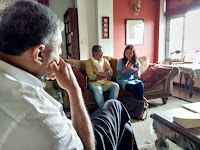 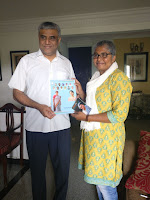 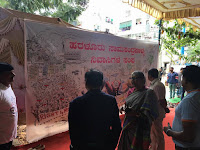 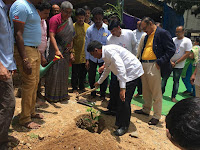 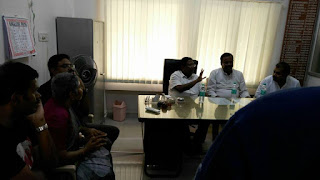 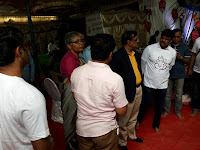 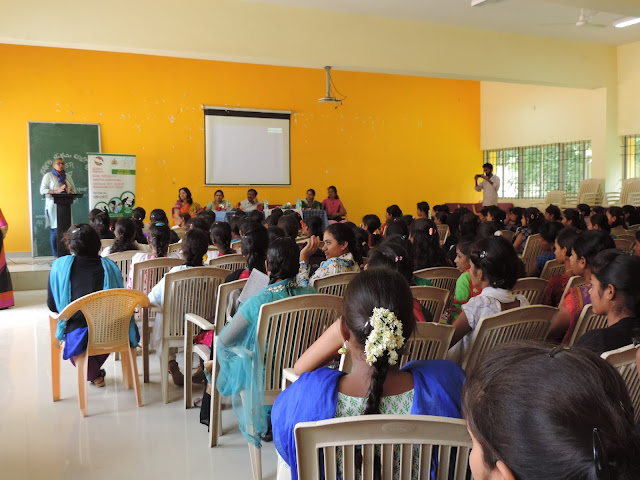 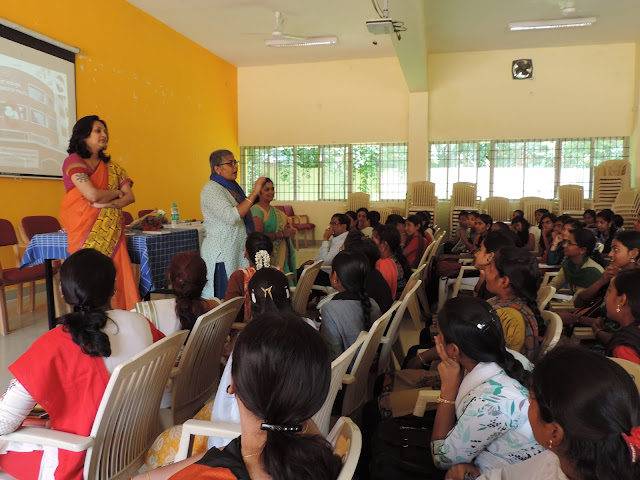 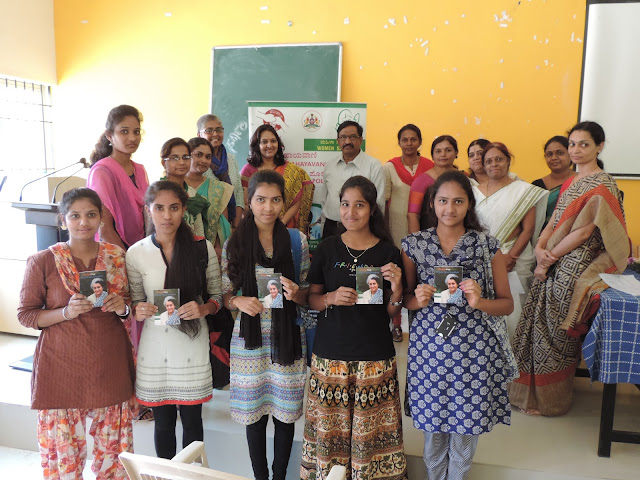 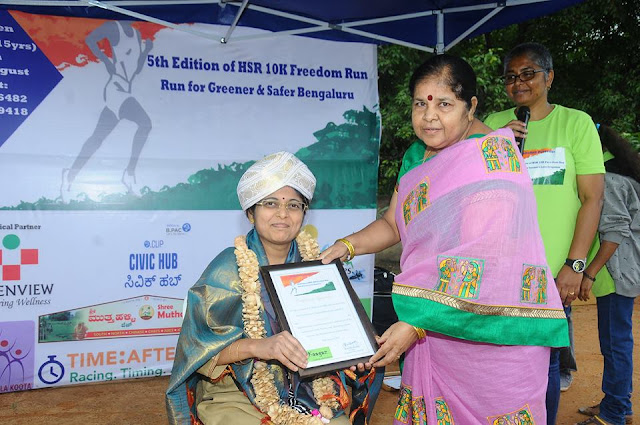 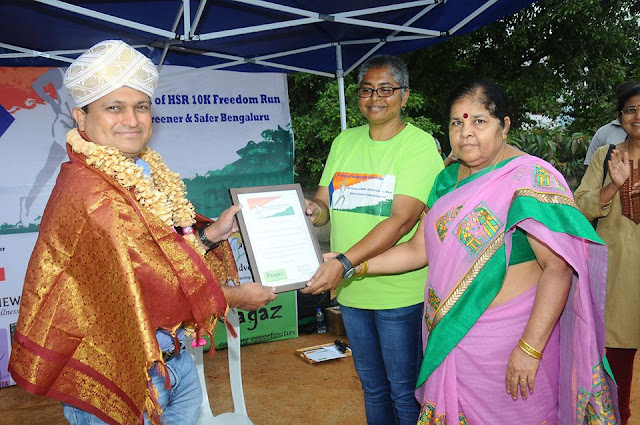 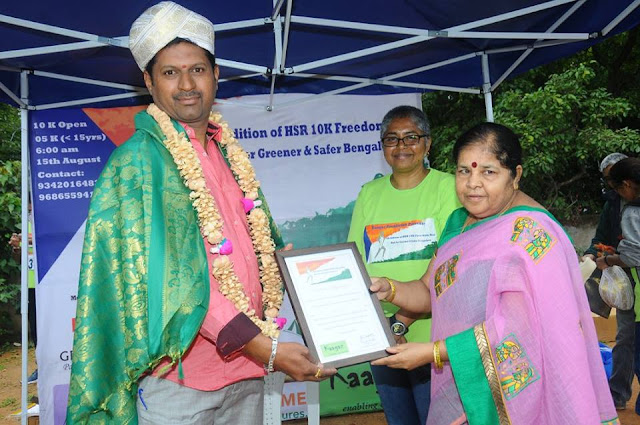 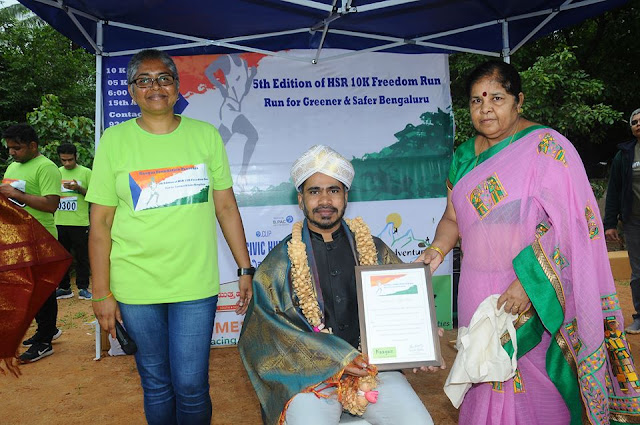 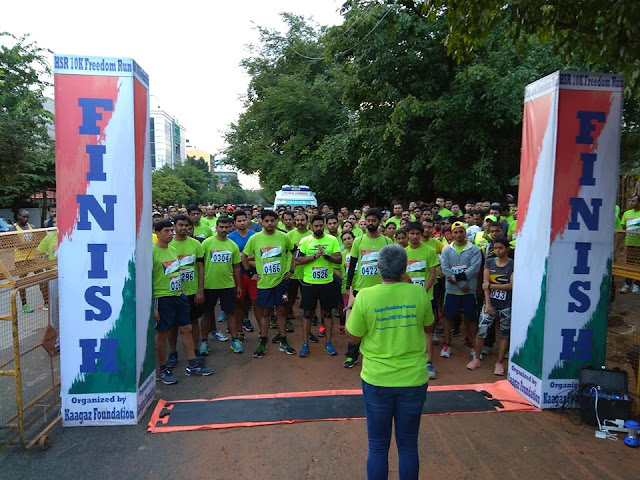 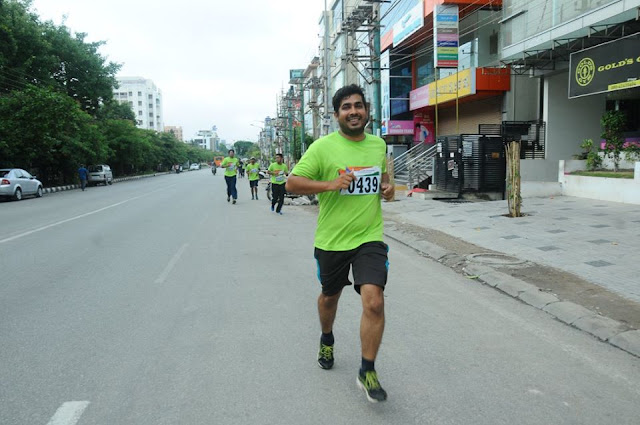 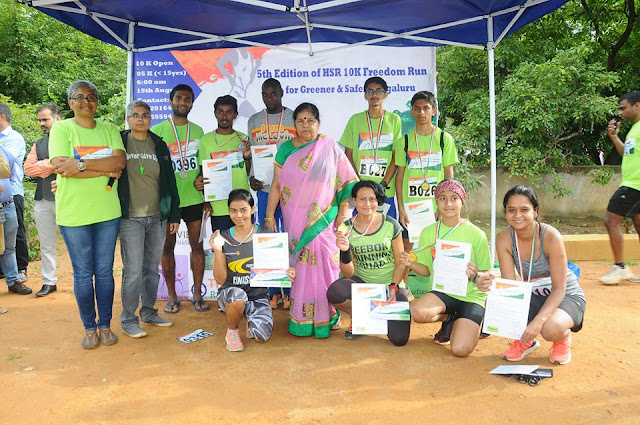 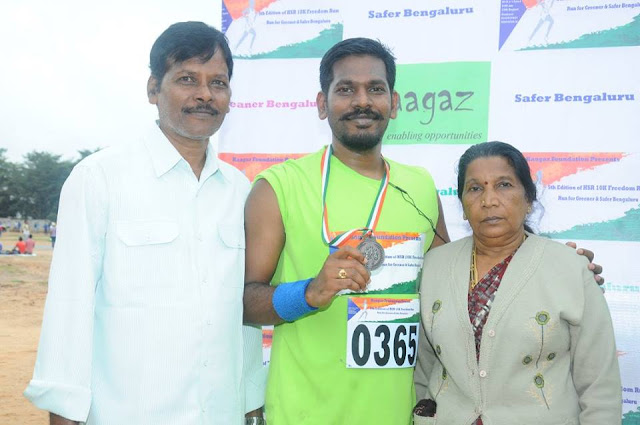 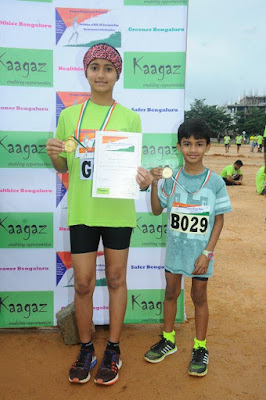 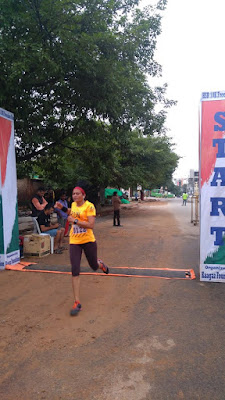 The 5th Edition of the HSR 10K Freedom Run organised by Kaagaz Foundation that was to be held on 15th Aug 2017 was postponed due to heavy rains and was held on 20th Aug 2017.

This year the Run had two important objectives, awareness & campaign for Greener and Safer Bengaluru. Kaagaz Foundation firmly believes that greater citizen participation will force necessary attention on the set objectives, and would result in getting the relevant authorities to take affirmative action for a Better Bengaluru.

Kavitha Reddy, Trustee Kaagaz Foundation said 'HSR 10K Freedom Run is dedicated to campaign for a cause, the 1st Edition was to Save Agara Lake and since then we have taken up two causes each year and have worked for the cause to make a positive impact. This year the cause is Greener and Safer Bengaluru, along with our various Environmental initiatives we will be doing Safety workshops for Children & Women to create awareness and work with the Govt to strengthen laws and implementation of the policies'.

On the occasion of Independence Day and the 5th Edition of HSR 10K Freedom Run by Kaagaz Foundation, five Heroes of the Neighbourhood who have shown a relentless dedication for the betterment of the locality where honoured, which include:

The Run was flagged off by Sunanda V Reddy, President Mythri Mahila Koota at 6.30am, due to the postponed date only 300+ of the 600+ Runners made it to the start point. The Run also had Runners from African Nation for the 1st time.

The event was extremely environment friendly, coffee/tea was served in the mud cups to reduce waste, in all the editions water was served in re-usable cups keeping in mind the environmental aspect.

Jigna Modh, Trustee Kaagaz Foundation said, 'We have been doing many Runs to create awareness on various issues, HSR 10K Freedom Run is our prime event, and have always ensured that all our events are Eco-friendly, we do not mind spending more to keep all our events  Eco-friendly'.

The Run time and e-Certificates were shared to the Finishers right after the event. The Runners you could not make it have an option to run in the next race that is scheduled on 1st Nov 2017!
Newer Posts Older Posts Home
Subscribe to: Posts (Atom)