India makes up to 2.5% of the global land mass; we not only have a good 4% of the global freshwater resource but also are endowed with an average annual rainfall of 925 mm from the Southwest and Northeast monsoons. But we are under a huge demographic stress as we have over 16% of the global population in the 2.5% land mass.

The hydrological imbalance needs some immediate attention and a sound water management process to be put in place. Few years ago one would have argued that expanding capacity of reservoirs and creating surface water bodies would help to store fresh water, but that argument is not strong enough in the current scenario. Surface water is easily contaminated by pesticides, industrial waste and human waste making it less usable.

With an annual rainfall of 925 mm, rainwater becomes the primary source and the single largest source of fresh water, and a proper harvesting plan both at a macro level and micro levels is critical. Macro may be more as government undertaking the activity but at a micro level, we in our own communities can implement it to address the ever growing demand for fresh water.

Rainwater harvesting in simple terms mean conservation and efficient utilization of rainwater. Harvesting can be done either as collection to storage for immediate use or to recharge back into the groundwater aquifers.

A basic calculation on a house of 100 sq mts, built in a place with 600 mm of annual rainfall, assuming that only 60% of it is getting harvested it would add up to appox 36000 liters of water per annum.


A community based approach to make harvesting part of housing plan and larger constructions like apartments, schools, commercial complexes and office buildings will help in better utilization of the rainwater, which otherwise would flow into the drainages or dry up form the surface water storages.

Rainwater harvesting is definitely not new to India, it is recorded as early as the Indus valley civilization. In many cities responsible citizens have implemented harvesting, even though much needed legislation on making it mandatory for all types of constructions does not really exists.

Be a responsible citizen, little effort from your end will go a long way to conserve freshwater for all.

Ten things you can do take to make a difference:

01. Change bulbs from Incandescent to Compact Fluorescent Lamps (CFL) TODAY
02. Optimum use of ENERGY; Change to Solar Heater today & say NO to Geysers
03. Save ELECTRICITY, WATER and FUEL
04. Turn-off Computers, those extra bulbs, other electronic gadgets when not in use
05. Implement Rain water harvesting in your homes
06. Walk more; Drive less, Use public transport, Buy fuel-efficient Cars, Go car pool
07. Use RECYCLED paper
08. "Say NO to PLASTIC"
09. Aforestation; Plant more Trees
10. Educate others on GLOBAL WARMING; create awareness in your community

Please send this information to every one you know. 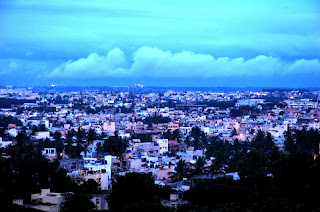 Late night shows are generally a NO-NO but was in Pune for a meeting and decided to watch the primer show of 'GOAL' the latest John-Bip's movie along with some colleagues.

Should I say from start to finish the movie had no GOAL, a long drag of some 40+ year old men with large bellies trying to make the best use of their legs, Bip's seductive one-liners for John and every scene in the movie trying to overwhelm the viewer emotionally with no real football story or any story for that matter.

An atrocious star cast, did I say Arshad Warsi was there in the movie too, seemed like he was for ever wondering why he was in the movie. Our good old Boman Irani ‘Mamu’ in a full blown belly searching for words before every dialog making him look character less.

The anthem that was sung at the beginning of every match they played can put my 10 year old nephew to shame; it was ridiculous stupid with no meaning and purpose what so ever. The 'billu rani' song was I guess a last minute addition to compensate for the less glamorous look of Bip’s.

If ever we had had the worst movie award in the filmfare, ‘GOAL’ will not only be nominated in all categories but will also win all those awards.

Proud to be an Indian

We do not have to 'romance history' or 'live on past glory', here are some recent facts and the history or the background we come with.

India is the world's largest democracy.

India never invaded any country in her last 10000 years of history.

Varanasi, also known as Benares, was called "the ancient city" when Lord Buddha visited it in 500 B.C.E, and is the oldest, continuously inhabited city in the world today.

The World's first university was established in Takshashila in 700BC. More than 10,500 students from all over the world studied more than 60 subjects. The University of Nalanda built in the 4th century BC was one of the greatest achievements of ancient India in the field of education.

Ayurveda is the earliest school of medicine known to humans. Charaka, the father of medicine consolidated Ayurveda 2500 years ago. Today Ayurveda is fast regaining its rightful place in our civilization.

Although modern images of India often show poverty and lack of development, India was the richest country on earth until the time of British invasion in the early 17th Century. Christopher Columbus was attracted by India's wealth.

The value of pi was first calculated by Budhayana, and he explained the concept of what is known as the Pythagorean Theorem. He discovered this in the 6th century long before the European mathematicians.

Algebra, trigonometry and calculus came from India. Quadratic equations were by Sridharacharya in the 11th century.

IEEE has proved what has been a century old suspicion in the world scientific community that the pioneer of wireless communication was Prof. Jagdish Bose and not Marconi.

The earliest reservoir and dam for irrigation was built in Saurashtra.

According to Saka King Rudradaman I of 150 CE a beautiful lake called Sudarshana was constructed on the hills of Raivataka during Chandragupta Maurya's time.

Chess (Shataranja or AshtaPada) was invented in India.

Sushruta is the father of surgery. 2600 years ago he and health scientists of his time conducted complicated surgeries like cesareans, cataract, artificial limbs, fractures, urinary stones and even plastic surgery and brain surgery. Usage of anesthesia was well known in ancient India.

Over 125 surgical equipment were used. Deep knowledge of anatomy, physiology, etiology, embryology, digestion, metabolism, genetics and immunity is also found in many texts.

When many cultures were only nomadic forest dwellers over 5000 years ago, Indians established Harappan culture in Sindhu Valley (Indus Valley Civilization).

The four religons born in India, Hinduism, Buddhism, Jainism, and Sikhism, are followed by 25% of the world's population.

The place value system, the decimal system was developed in India in 100 BC.

India is one of the few countries in the World, which gained independence without violence.

India has the second largest pool of Scientists and Engineers in the World.

India is the largest English speaking nation in the world.

India is the only country other than US and Japan, to have built a super computer indigenously.

Following facts were published in a German Magazine which deals with world history.

Famous Quotes on India (by non-Indians)

Albert Einstein said: We owe a lot to the Indians, who taught us how to count, without which no worthwhile scientific discovery could have been made.

Mark Twain said: India is, the cradle of the human race, the birthplace of human speech, the mother of history, the grandmother of legend, and the great grand mother of tradition. Our most valuable and most instructive materials in the history of man are treasured up in India only.

French scholar Romain Rolland said: If there is one place on the face of earth where all the dreams of living men have found a home from the very earliest days when man began the dream of existence, it is India.

Hu Shih, former Ambassador of China to USA said: India conquered and dominated China culturally for 20 centuries without ever having to send a single soldier across her border.

Moon on that closest day!! 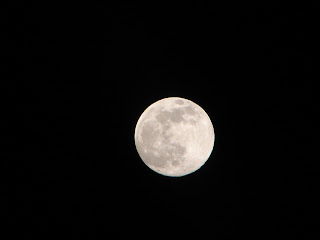 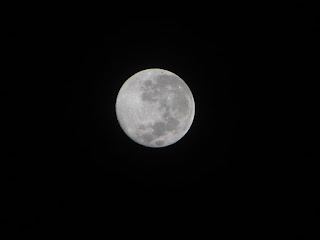