The stretch from KEB junction to Rock View Hotel on 27th main has been a serious concern due to temporary divider that was put almost a year ago and it was turning into a nightmare for citizens driving/riding vehicles, especially during late evening when even street light are not functioning. None of the local elected representatives made any effort to address the issue for long time and the spot was turning into an accident prone zone.

'I was finally fed up with the excuses, so tweeted about to the issue to Add CM Traffic and also wrote to BBMP. Bengaluru Traffic Police (BTP) quickly responded to my tweet and BBMP team along with Traffic Cop to inspect the spot and in few days as discussed with BBMP permanent dividers were installed' said Kavitha Reddy, Congress Spokesperson and Lake Activist.

Hope now even the citizens who were violating the one-way will follow the rules and ensure there are no more traffic jams and road rage. Many thanks to BTP and BBMP for a quick action. 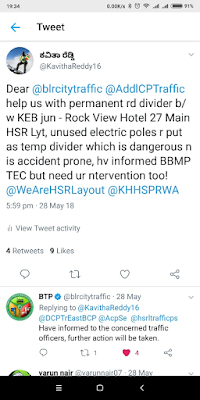 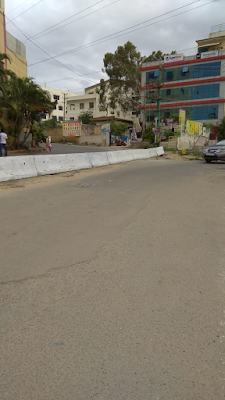 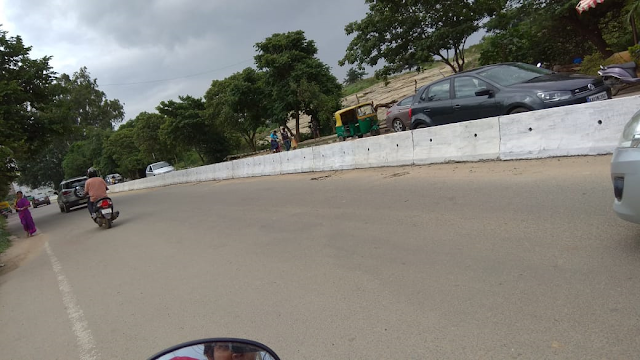 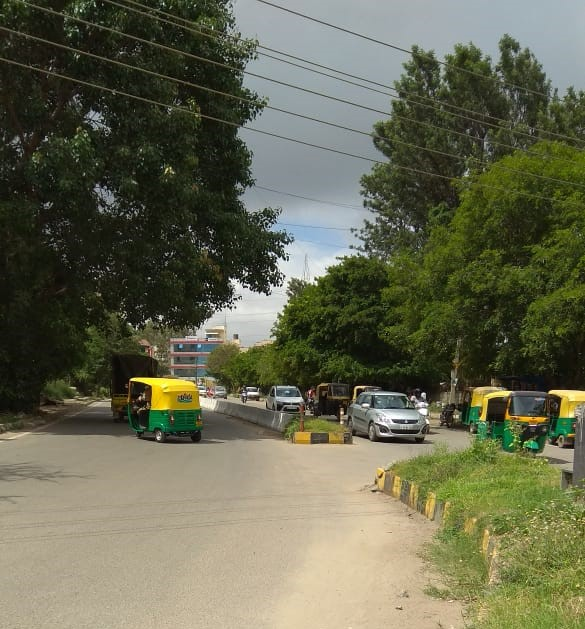