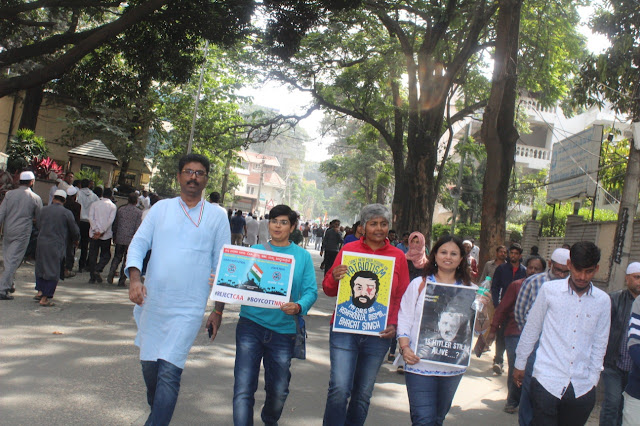 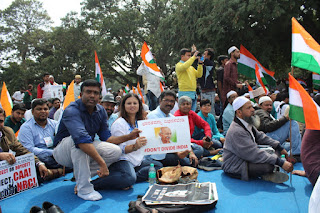 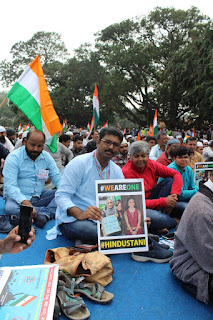 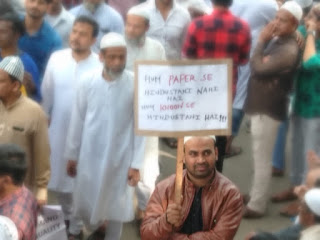 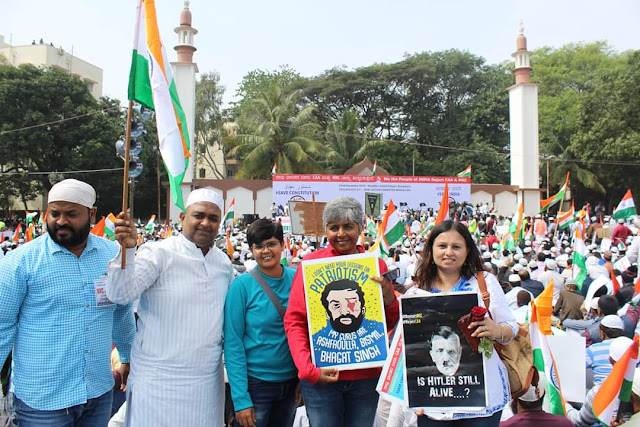 As kid of the 70’s with Idealism at heart, grew up in the most Secular atmosphere, away from the illness of communal divide. As NCC Cadet I not only sang Hum Sab Bharatiya Hain………Mandir Gurudware Bhi Hain Yahan, Aur Masjid Bhi Hai Yahan, Girja Ka Hai Ghadiyal Kahin, Mullah ki Kahin Hai Azaan…….Rang Birange Deepak Hain Hum……Jagmag Ek Hai but also believed it and practiced it from my heart every day ever since…..!

My head hanged in shame on 6th Dec 1992, as a young Idealist NCC Cadet who was just about to go to Republic Day Camp in Delhi 1993, I carried the guilt of that dreadful day most of my life.

Ever since I came back from Yatra for Constitution attending or organizing protests against CAA/NRC, speaking my mind and explaining why CAA is anti-Constitution has become only duty, even opposing Section 144 and being detained by Bengaluru Police has been my moment of Civil Disobedience.

Today along with my friends I sat with over 3lac of fellow Muslim Brothers and Sisters at Bengaluru Khuddus Saheb Eidgah sloganeering Samvidhan Zindabad, Hindustan Zindabad and singing Sare Jahan se Accha……over and over with a sea of Tri-color waving in the ocean of humanity.

Emotions were very visible, but the clarity with each of the speaker spoke no one could ever dare to question any Muslim Indian to prove their Mohabbat to their Hindustan. And the remote corner of my mind was asking me why is India putting the Indian Muslims through the Patriotism test, because like Harsh Mander said for Hindus being Indian was by Chance and for a Muslim being Indian was by Choice.

One can never forget that every Indian irrespective of Religion have given their Sweat & Blood and fought for the Freedom of this Great Nation, each one have contributed immensely towards Nation building. And, Ocean of humanity today peacefully fighting to save the Constitution and to save the Idea of India was the proof of that.

As I walked out of the Eidgah along with my friends the gentleness of the massive crowd was in full display, some cheering and thanking us for being with them, some taking pictures with us, some cheering as I spoke with media and everyone shouting loudly asking to make way for women and helping us walk with pride along with them was an assurance that the Heart of India will never change and Modi/Shah/RSS brand of divisive politics will be defeated strongly.

With emotions running high the massive crowds ensured that the Ambulance was given way. Cheering for the Bengaluru Police, waving the Tri-color with great pride indeed made me numb, and wondered what really Modi-Shah wanted to do to this Nation that is about People and not just Land.

We The People Of India have a long fight ahead to save our Constitution and we have to store all the energy, stay united to keep the Gandhian Fight going, till we defeat the divisive forces and restore the Idea of India our Founding Leaders fought for.