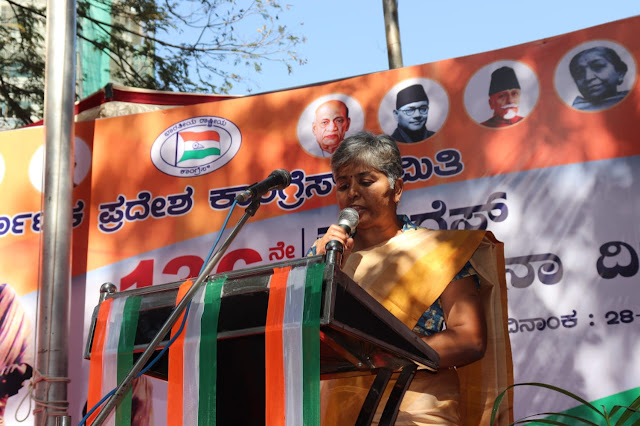 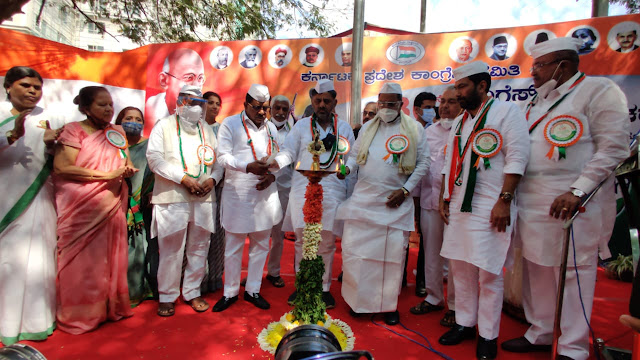 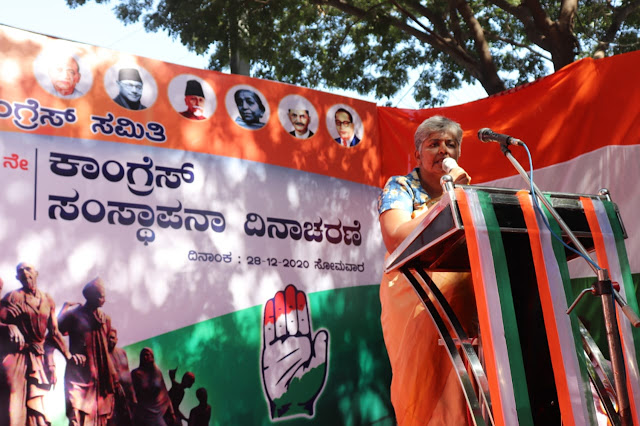 The History of 135 years of Indian National Congress is the History of India’s Freedom Struggle, Sacrifices, Success of millions of Congress Men and Women, led by the Founding people who stood for the Idea of India.

Today we are faced with yet another challenge, the challenge of fighting the Divisive agenda of Fascist RSS & BJP and free our Nation once again from Ideology that never participated in our Independence Movement nor accepted the Constitution of India.

The Federal structure that is the core to our Constitution is under serious threat, as a South Indian I feel the identity of all our States is collapsing, the bankrupt Ideology of RSS & BJP is forcing excess centralization and destroying the powers of the States posing a serious threat to Federalism which is the foundation stone of our Constitution.

Removal of Article 370, Loss of Taxes for States in GST, New Education Policy, Farm Bill, Bypassing the ULB in the name of Smart Cities, Imposing of Hindi on Southern States are some of the deliberate steps taken by the RSS & BJP Govt to Centralize Power and to destroy the Federal Structure.

As Pt Nehru said Failure comes only when we forget our Ideals, Objectives and Principles, today as True Congress Men and Women we have to take a pledge re-commit ourselves to the objectives of Indian National Congress which is, wellbeing and advancement of people of India and the establishment in India, by peaceful and constitutional mean, of a socialist state based on Parliamentary Democracy in which there is equality of opportunity and of political, economic and social rights and which aims at world peace and fellowship.

Bapu said Even if you are a minority of one, the truth is the truth, hence its more than necessary in today’s time of Fake and Hate filled Propaganda to stand up for the Truth, because Future of India depends upon what we do today, and what kind of an India we want to leave behind when our journey ends.

The architect of our Constitution Babasaheb said, They cannot make history who forget history, so let is never forget the glorious history of Indian National Congress and its Sacrifices to uphold the Idea of India.

On this note I thank the KPCC President for giving me an opportunity to express my views on this auspicious Foundation Day.