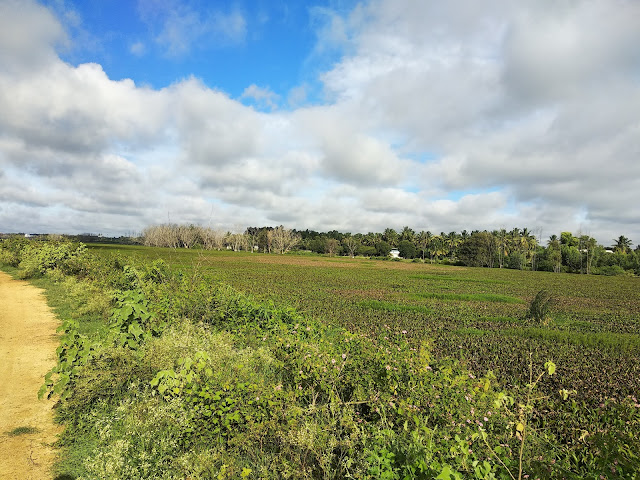 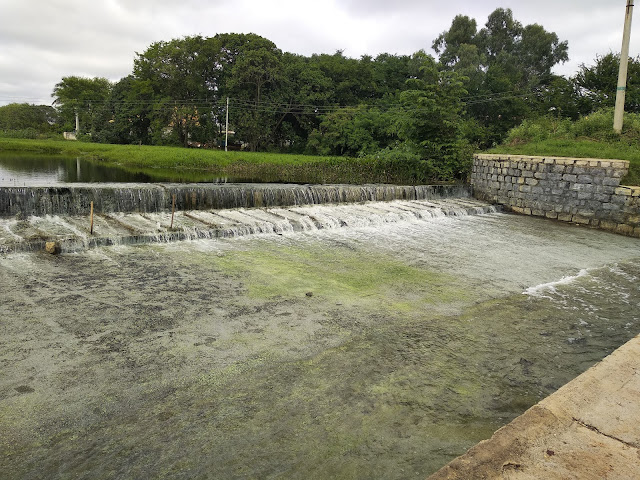 Muthanallur, the name itself defines the village, Paddy which is like Pearls, is the English translation of Muthanallur, not only the village famous for its Paddy but also for one of the biggest Lake in Anekal Taluk, the Muthanallur Lake.
Over 600+ acre Muthanallur Lake is facing the same challenges as many other Lakes, unchecked industrial waste from Jigani Industrial Area and raw sewage from Chandapura, Lakshmisagara, Ramasagara and surrounding villages, layouts and towns is entering the Lake making the water extremely toxic.
The history of Muthanallur Lake speaks for itself, known as one of the largest Lake that was the life line for most parts of Anekal Taluk with a large catchment area and upstream flow. It irrigated hundreds of acres of land before flowing to Biduraguppa Lake and to Tamil Nadu eventually. With thriving Bio-diversity the Lake was very popular for its Fishes, and the year Muthanallur Lake was full would mean a bumper crop.
But, all the good things is that of the past, even though Lake is still a very popular Bird sighting spot the past glory is just a memory as the Lake is heading towards a bleak future with toxic waste water flowing into the Lake endlessly.
Shri Siddaramaiah led Government took up the ambitious KC Valley Project to fill the Lakes of Kolar District and Anekal Taluk Lakes with treated water from Bengaluru Sewage. Even as treated water reached Kolar Lakes and the pipeline for Anekal Taluk Lakes are nearing completion, but the biggest concern of the toxic wastewater reaching Muthanallur Lake still have no solution, and lift irrigation project will not change the fact that toxic wastewater will continue to flow polluting and contaminating the Lake.
Karnataka State Pollution Control Board (KSPCB) high Negligence or Nexus is evident, KSPCB has not made any effort to check and prevent the industrial waste water entering the Lake from the Industrial Area. While Bengaluru Lakes make national headlines for all the wrong reasons the Lakes from the Rural areas closer to Bengaluru do not get any media coverage even when these Lakes are in must worst condition.
The purpose of Rural Lakes is also Irrigation, Livelihood, Utility and is not restricted to playing the role of Rain Water Harvesting Zones or Flood Mitigate or Bio-diversity spaces. So, there is a need to take Conservation of Rural Lakes more seriously than ever as excess urbanization is creating an imbalance in the rural areas.
How to restore Muthanallur Lake to its past Glory?

Interestingly, there are several tube wells drilled illegally around Muthanallur Lake to supply Water to Panathur, Whitefield, Bellandur and several adjoining areas by tankers. If the groundwater is contaminated due to the toxic wastewater in the Lake it would mean end of a good source of water permanently.

Lot of time is already lost; every passing day means more challenges to keep the Lake alive. Every Lake Conserved will add to a movement to save other Lakes in Anekal Taluk.

From Water Conservation prospective when every part of the country is facing Water crisis, proactive measures to Conserve the Lakes has to be a top priority, time is indeed running out and crisis management when Water crisis start impacting all of us on a daily basis is not an option anymore.
- Kavitha Reddy www.KavithaReddy.in
Newer Post Older Post Home