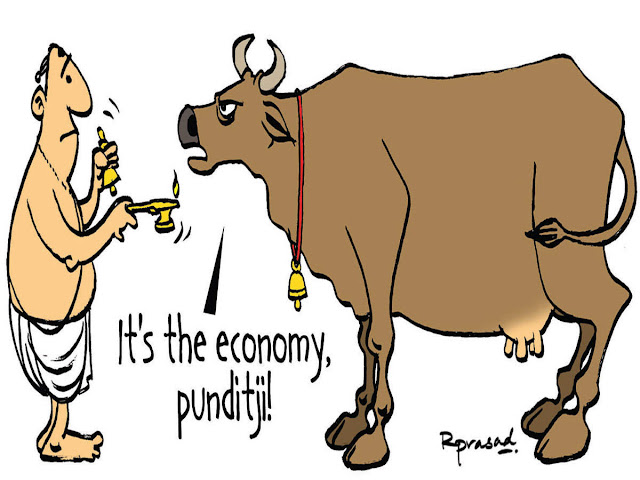 Debates are the Hallmark of our Parliamentary Democracy, and Karnataka Assembly has always witnessed excellent debates. The Democratic system was subverted on 9th Dec 2020 when Karnataka Government tabled The Karnataka Prevention of Slaughter and Preservation of Cattle Bill, 2020 without prior notice to the opposition nor mentioning it in the list of day’s business. Opposition walked out unwilling to debate without proper notice, and an important Bill was passed without a single debate.

As Cow Politics supporters cheered and jeered, like always Facts and Farce were missed out, and one was left wondering how Cow is Mummy till 13 years and Yummy after 13 years.

The Bill focuses more on saving Vigilante groups, giving raise to Fear, making room for Police harassment of backward communities. When Government is unable to set up special courts to give justice for rape victims, talking about courts in every district to give justice for Cattle seems to be a sham.

At a time when Central Government is unwilling to pass on the benefit of the dropping crude oil prices to citizens, forcing Farmers to take care of unproductive Cattle in the name Cow Protection lacks rational and sensitivity towards already struggling Farmers.

In India more than 6 crore Cattle become unproductive every year, it costs Rs100 per day to feed one Cow/Bull/Buffalo and 5 lac acres of land is need needed to take are of all the unproductive Cattle.

In Karnataka 1.15 crores of Cattle (Cow, Ox, Buffalo, Bullock) is reared by 39 lac families (25 lac rear Cows, 14 lac rear Buffalos, there could be an overlap). Average lifespan of Cattle is 10-18 years and their productive age is less than 50% of their lifespan.

India is the 2nd largest exporter of Beef contributing 13.15% globally, livestock contribution is 4.5% to India’s GDP and 25.6% of the Agriculture GDP.
India is also one of the largest producers of Milk, in 2018-19 Government reported 187.7 million tons of Milk production, with per capita availability of 394 grams, also Dairy production accounts to 4.2% of India’s GDP.

Karnataka is the 11th largest producer of Milk in the country with approx. 1 crore liters production per day, of which 80-85 lac liters is procured daily by KMF directly.
Leather sector is one of the top 10 largest Foreign exchange earner for the Country, Export of Leather and Leather products in 2018-19 accounted to USD 5.7 million. Indian Leather sector employs over 4.42 million people and produces over 2.41 billion pairs of footwear, which is second highest in the World.
Politics

Cow Politics has been used mostly to target minorities and food habits ignoring the glaring facts and ground realities. Time and again the hyper propaganda by certain fringe groups and mainstream Political parties have been spreading misinformation, creating divide among communities, giving way to vigilante, violence when the core of the debate has to be Farmers, Economics and Environment.
Interestingly the Cow Politics exempts Export of Beef, this is visible even as State Governments that are in a race to pass the Cow Protection Bills are not talking about Ban on Beef Exports. It may also be noted that out of the 6 largest Beef Exporting Companies in India 4 are owned by upper caste Hindus which debunks the fake religion argument in the high voltage Cow Politics propaganda.
Farmers

Cattle like other livestock are considered as assets by Farmers, largely Farming, Poultry, Dairy are not standalone occupation among Farmers in Karnataka, hence productivity of each asset is very important for a Farmer.
Farmers sell unproductive Cattle when they are unable to sustain or when they want to invest in more productive assets like any other business person. So, denying the Farmers the right to implement productive options by pushing the Cow Politics on them is not only unfair but a great burden to maintain Cattle till the age of 13 years.
The new Bill passed in Karnataka Assembly undemocratically without debate does not mention what Farmers have to do with unproductive Cattle, will the State buy the unproductive Cattle from the Farmers?
With increased pressure of Cow Politics and stringent laws there is a high possibility of Farmers opting out of Dairy Farming thereby reducing Milk production and eventual death of many Cattle breeds. One also has to note that in States like Karnataka drought year on year will add to Farmer’s troubles as taking care of the Cattle will get expensive leading to more distress and suicides among Farmers.

Country cannot be run on emotions or propaganda; it is clear that Dairy Farming is highly important for India’s GDP and also to be a progressive and self-sustaining Nation. Green and White Revolution strengthened our Nation and made us independent on Food Grains and Milk.
Current Prime Minister Modi spoke about ending Pink Revolution referring to Beef Exports during his 2014 election campaign, but since then Beef Exports has only increased, taking India to 2nd spot globally.
The raw material for Indian Leather Industry which is one of the largest in the World comes from Cows, Buffaloes, Sheep, Goats etc. States like Tamil Nadu, Bengal, Uttar Pradesh account to 85% of Tanneries in India, making it impossible to ignore the real Economics.
According to Karnataka State one has to spend Rs100 per day to feed an unproductive Cattle, which means Rs36500 per Cattle per year, and if Karnataka has over 1 lac unproductive Cattle who will pay for it remains unanswered.
With shrinking rural land, Kharab/Gomala land meant for Cattle grazing is eventually getting converted for buyers use, and recently Karnataka Government Revenue Minister allowed 21000 acres of Kharab/Gomala land for conversion by paying twice the guidance value in 18kms radius of Bengaluru city. So, double speak on Cow Politics stands exposed by the actual actions of the Government. 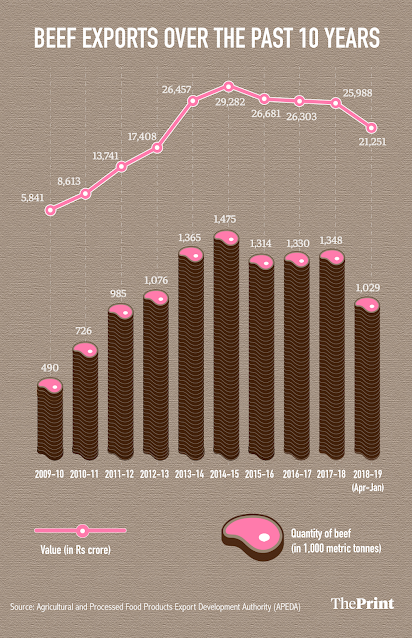 In the charged atmosphere of Cow Political crowning Cow as Mother and not having any consideration for Mother Nature is sheer Hypocrisy. With expanding cities, increase in population density, reduction in agriculture and grazing land bringing in Unscientific Bill is extremely dangerous for the Environment.

Excess grazing has brought down hills and mountains due to soil erosion and Forest land is losing its biodiversity in most parts of India. Irrespective of States India does not have the luxury of feeding crores of unproductive Cattle in the name of Cow Protection. Over 5 lac acres of land in needed to take care of over 6 crore Cattle that become unproductive every year, so there is a need to look at Cow Bill beyond Politics and Optics.

Lest we forget that Mother Nature Fury can take everyone down, hope people will reject Illogical, Unscientific and Emotional Bills eventually, and start embracing Sustainability as the way forward.